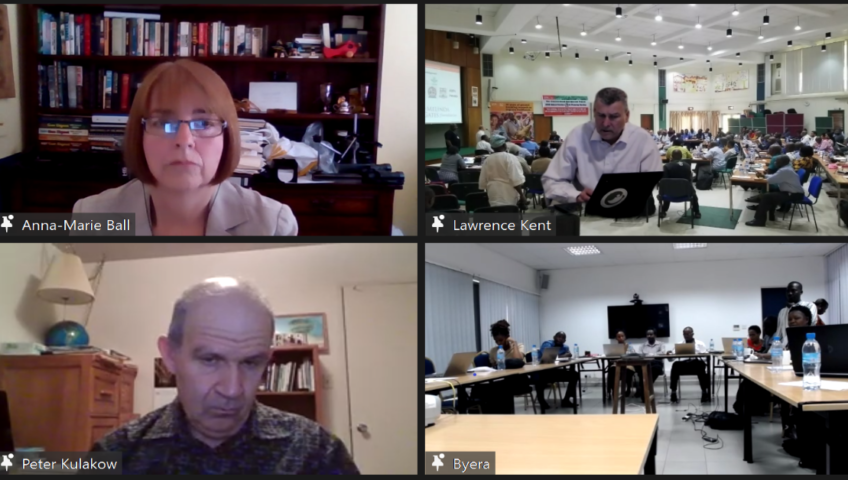 The PAC members gave thumbs up to the Project team and its managers at the just concluded Annual Review/Work Planning meeting (ARWPM) and Project Advisory Council (PAC) meeting.

Reports presented at the ARWPM, showed that the Bill & Melinda Gates Foundation-funded project surpassed the targets set in the Year 2 work plan. For instance, in Nigeria, the project worked with breeding programs to release eight new varieties instead of the target of six. In Tanzania, 11 cassava varieties are being promoted and marketed across the different regions of the country. In terms of the establishment of Early Generation Seed (EGS) companies, the Project catalyzed the establishment of 14 EGS compared to the target of four in Nigeria. One of the EGS companies—IITA GoSeed—has established 140 ha, above the target of 120 ha for the period, generating over half a million-dollar proceeds.

The Project also facilitated the establishment of additional Commercial Seed Entrepreneurs (CSEs) both in Nigeria and Tanzania. Progress was also made by bringing onboard additional processors that have now invested in the seed system and targeting further multiplication of improved/certified cassava stems through their outgrowers. Furthermore, studies on the benefits of certified planting materials in Tanzania demonstrated that farmers who used certified seeds got substantially greater yields compared to farmers who used recycled seeds.

Speaking during the Project Advisory Committee meeting on 31 May, Dr. Kenton Dashiell, IITA’s Deputy Director-General (Partnerships for Delivery), described the work done by the BASICS-II as “fantastic”.

“I appreciate how you get the buy-in of governments across Africa and get the private sector involved. It will pay off a great deal,” he posited.

Dr. Dixon, who serves as the Technical Adviser for BASICS-II, charged the project team with the sustainability of its interventions, saying: “Sustainability should be our watchword. We should work hard so that at the end of the project, we’ll see a truly sustainable and profitable cassava seed system in sub-Saharan Africa.”

In his remarks, Lawrence Kent, Senior Program Officer with the Bill & Melinda Gates Foundation, expressed admiration at how the project team members found innovative ways to achieve set goals in the face of challenges. He, however, advised the team not to rest on its oars.

PAC Chair, Dr Anna-Marie Ball lauded the team and urged team members to be proud of their accomplishments.

While thanking PAC for their support and encouragement, the Project Manager, Prof Lateef Sanni, pledged continuous and excellent project deliveries.