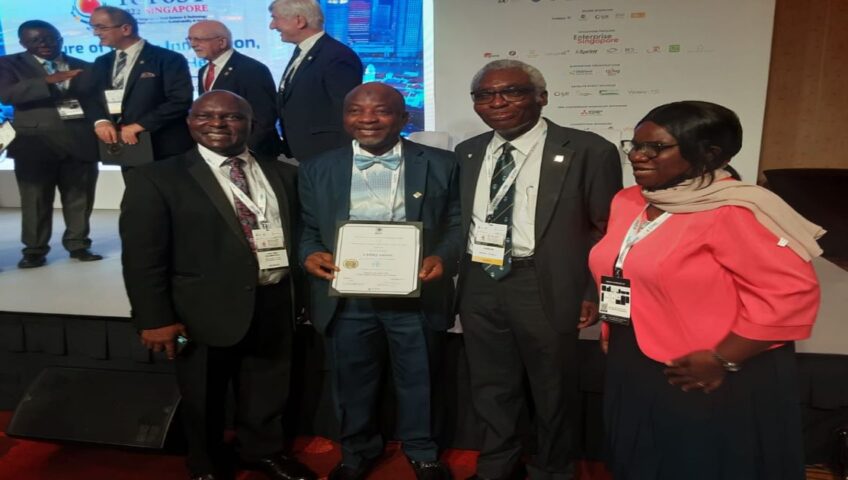 The Project Manager of the Building an Economically Sustainable and Integrated Cassava Seed System, Phase 2 (BASICS-II) of the International Institute of Tropical Agriculture (IITA), Prof. Lateef Sanni, has been inducted into the International Academy of Food Science and Technology (IAFoST).

Prof Sanni, also the Head of IITA Abuja Station, is a renowned professor of Food Science and Technology and recipient of several other national and international awards and research grants. He is the current President of the International Society for Tropical Root Crops (ISTRC). A former Deputy Vice Chancellor of the Federal University of Agriculture, Abeokuta (FUNAAB), Sanni is also a Fellow of the Nigerian Academy of Science (NAS), the Nigerian Institute of Food Science and Technology (NIFST) and the Institute of Management Consultants of Nigeria (IMC-Nigeria).

Reacting to the latest recognition, Prof Sanni, said: “Recognitions and awards like this come with responsibility. So, to me, this fellowship is a platform for me to promote and advocate for high standards of ethics and scientific endeavours in the food science and technology sector.”

The IUFoST is the global voice of food science and technology. It is the only representative for the discipline of Food Science and Technology elected into the International Science Council (ISC) by its interdisciplinary peers. A country-membership organization, the IUFOST is a voluntary, non-profit federation of national food science organizations linking the world’s food scientists and technologists.