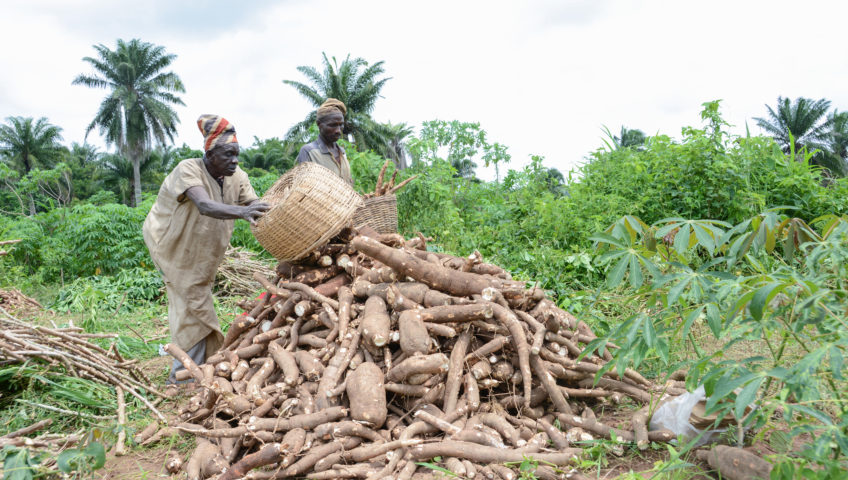 November 13, 2019 No Comments By Cassava Matters Our News Cassava, Radio

The three radio stations which are airing the toolkit are among the prominent listened to stations, according to Media Planning Services— an agency that advertisers depend on to make investment decisions.

The program on Ibadan-based Splash FM 105.9 which is also streamed online is aired every Wednesday, 7.00 PM – 7.30 PM and is anchored by Seun Akinola with Godwin Atser, IITA Digital Extension and Advisory Services Specialist. On Benue-based Harvest FM 103.5, the program is aired in Tiv language by 1.00 PM -1.30 PM every Friday and anchored by Joseph Kwaghdega with Atser, while Amuludun FM 99.1 airs the Yoruba version on Tuesdays (5.00 PM – 5.30 PM) with Rasheed Adegbola as the anchor with Abiodun Olatoye, an extension agent with Oyo State Agricultural Development Program. Plans have also been concluded to broadcast the program on Radio IITA—an internet-based radio.

In several rural areas in Africa, radio is among the top medium used by farmers as a source of information. With the traditional extension system being overwhelmed, ACAI is using the radio platform to reach out to millions of farmers in Nigeria. The radio programs being promoted by ACAI are aimed at changing the behavior of farmers and influencing the adoption of ACAI recommendations.

Radio channels being selected were based on reach and listenership. ACAI plans to undertake a study on the effectiveness of the radio programs after six months. At the moment, the private sector is excited over the radio programs and partnership support is being received from pharmaceutical and life sciences company, Bayer. More companies are planning to sign-up