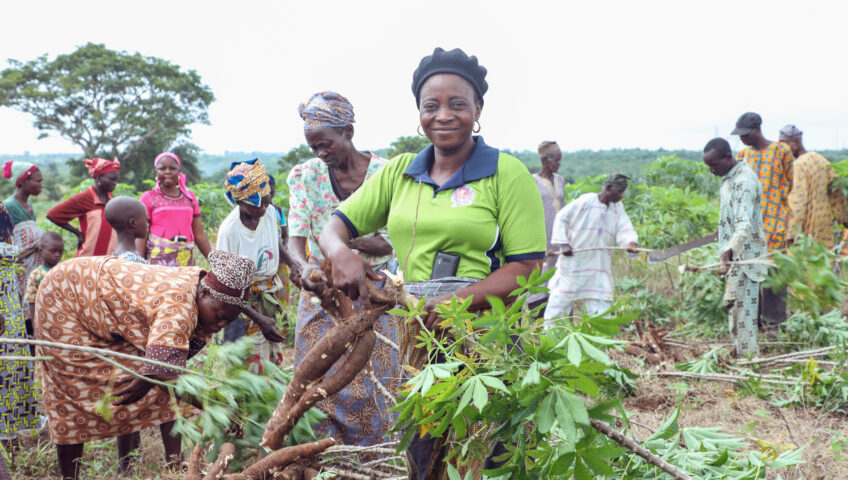 Farmers in Oyo State were in awe when the African Cassava Agronomy Initiative (ACAI) of the International Institute of Tropical Agriculture (IITA) conducted some harvest operations on farm plots set up to demonstrate the Six Steps to Cassava Weed Management and Best Planting Practices, one of the project’s agronomic recommendation toolkits.

At the Soku community in Oyo West Local Government Area, the farmers who trooped out in their numbers to watch the harvest exercise on 30 June, 2020, could not hold back their surprise as they looked at the two plots (demo versus Farmers Practice). Despite being planted the same day and on the same land, the crops on the demo plots appeared better in height and health.

To unveil what was beneath the plots, the ACAI harvesting team measured out an area 10 m by 10 m on both plots, and the villagers assisted in pulling out the roots. The IITA plot was the first to be harvested. The villagers were impressed. But when it was the turn of the Farmers’ Practice plot, laughter greeted the first few roots uprooted.

In the end, the harvest from a 10m by 10m area of the demo plot had more bigger cassava roots than the farmers’ plot in  the same site .

The story was the same in communities like Aba Ola, a village in Iseyin LGA; Basi in Afijio LGA; Ofiki in Iwajowa LGA; and Eye Osoka, also in Iwajowa LGA. All the harvesting took place in June and July 2020. Researchers are collating the results from Oyo and Benue for quantitative analysis.

What made the difference?

The Six Steps to Cassava Weed Management and Best Planting Practices toolkit guarantees higher yield, more income and less stress on farmers! In the words of Godwin Atser, IITA Digital Extension & Advisory Services Specialist, who led the establishment of the plots in June last year. “Farmers who used the Six Steps toolkit have more than doubled their cassava yield from the national average of 9 tons per hectare to more than 20 tons per hectare,” he added.

Adebayo Olawale, a farmer who witnessed the setting up of the plots and the harvesting at Soku, said he and some of his fellow farmers thought the IITA-ACAI team were only attaching sophistication to farming.

Olawale who spoke on sighting the two plots before the harvesting began, observed that no manual weeding operation was conducted on the IITA-ACAI demo plot, apart from the application of herbicides at land preparation and planting. He disclosed that the Farmers’ Practice had three manual weeding operations in addition to the application of herbicides”.

“When they (IITA-ACAI team) came to set up the field, they first applied glyphosate on the growing vegetation and waited for two weeks,” he explained. “When they came to plant, they applied Lagon, a pre-emergence herbicide. We discovered that the field was clean and free of weeds for months. Later they came back and applied another herbicide (post-emergence herbicide). During planting, they also observed spacing of 1m by 0.8m.”

At Aba Ola, Mr. Oluwaloseyi Oyeleke, a tractor operator and cassava farmer who also witnessed the establishment of the demo plots last year recalled: “The IITA-ACAI team first sprayed the land with herbicides and left it for two weeks. At the end of the two weeks, they came to plough. As a matter of fact, I did the ploughing. They planted the next day and applied pre-emergence herbicide, and left. We didn’t see them until about three months. It was amazing that even at those  three months, only a few weeds were seen sprouting. They had come with another herbicide, which they applied as a form of post-emergence. After that, they didn’t do anything and the field remained as clean as this.”

Oyeleke stated that the harvesting exercise had convinced him about the efficacy of IITA-ACAI’s agronomic recommendations and expressed willingness to adopt it on the land he had just prepared for the new planting season.

The Baale of Soku, Chief Afolabi Samson Olusola, who also spoke to Cassava Matters, expressed certainty that after seeing the wonders of the ‘Six Steps,’ the people would adopt it in the next planting season. According to him, “it is now evident that investing smartly on your farm will produce more yield”. He said the day’s event had shown that following the Six Steps to Cassava Weed Management and Best Planting Practices, applying fertilizer if required, and using improved stems would produce a higher yield.

Urging his people to spread the good news, the community head said: “I urge you all to tell those who are not here, that we’ve seen something wonderful in farming. The troubles of weeds are gone. It is better to use herbicides rather than manual weeding. It will reduce stress and improve yield.” 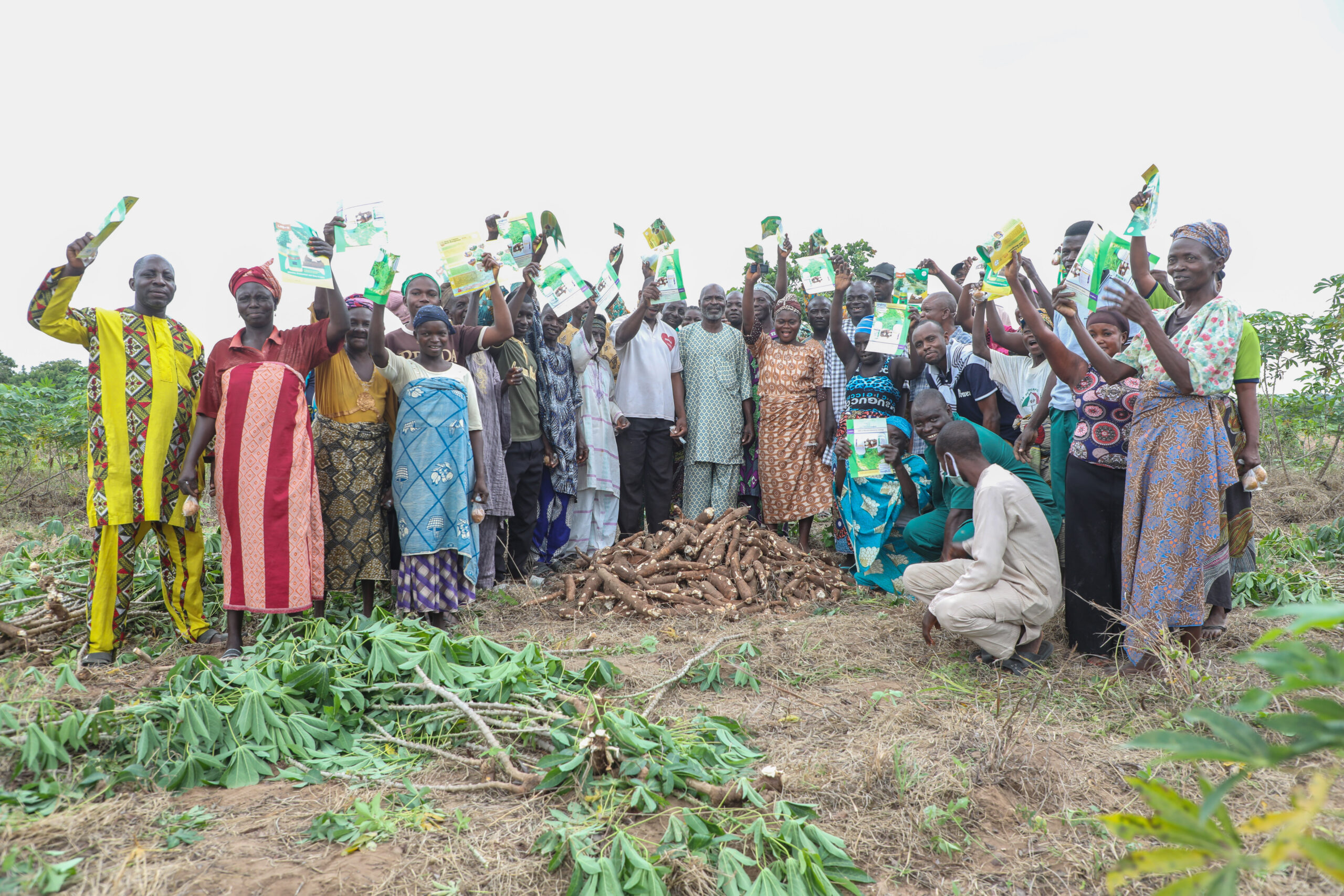 These tools are rolled up in AKILIMO, an all-in-one agronomic advisory tool developed by the project.