Cassava MattersNewsOur NewsPaul Ilona is now the chair of BASICS-II 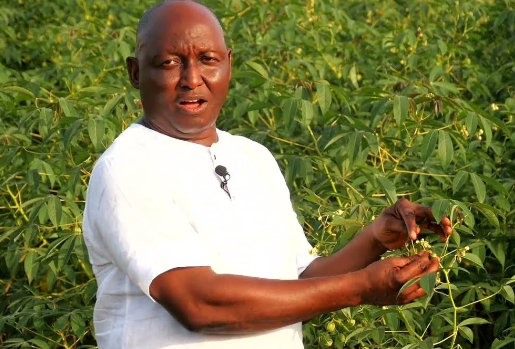 Paul Ilona is now the chair of BASICS-II

Paul Ilona, Country Manager of HarvestPlus has been selected as the Chair of the Steering/Advisory Committee of the Building an Economically Sustainable, Integrated Cassava Seed System, Phase 2, (BASICS-II).

BASICS II aims to transform the cassava seed sector by catalyzing the dissemination of improved varieties thereby creating a community of commercial seed entrepreneurs across the cassava value chain. The project, which is being led by the International Institute of Tropical Agriculture (IITA), will focus on Nigeria and Tanzania with a spin over effect on other African countries.

Paul, who was unanimously selected for the chair position, had worked previously with IITA before joining HarvestPlus. During his stint with IITA, Paul worked with breeders particularly, Dr Alfred Dixon to develop hundreds of improved cassava varieties in several African countries.

His work on cassava breeding and improvement earned him a national honor in DR Congo in 2013 where one of the best varieties released in that country was named after him.

Paul worked with farmers in participatory variety selection and fast-tracked cassava recovery in the DR Congo after the CMD invasion. He was instrumental in moving cassava breeding, looking at the bigger picture of value chains, and helped to link farmers to processors.

In HarvestPlus, Paul has championed the dissemination of pro-vitamin A cassava (popularly called yellow cassava) to millions of farmers in Nigeria. His efforts have led to the acceptance and consumption of yellow cassava in Nigeria.

In his acceptance speech, Paul thanked the Steering/Advisory committee for the confidence reposed in him and pledged to work and support BASICS-II project to reach its goal of creating a sustainable cassava seed system in Africa.

Drs Kenton Dashiell (IITA Deputy Director General for Partnerships & delivery); and Alfred Dixon (IITA Director and Technical Advisor to BASICS-II) described the selection of Paul as a round peg in the round hole.

“Paul is the man for the job and we are confident he will deliver. Congratulations Paul,” they said.