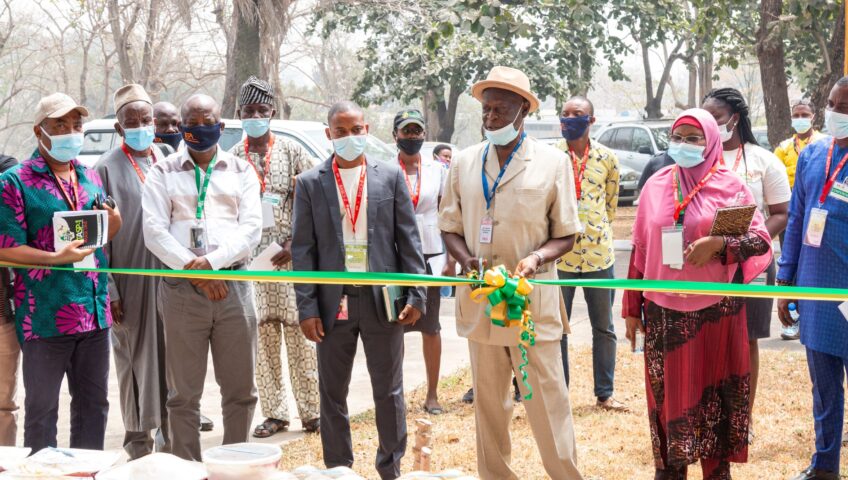 A public-private sector initiative between the International Institute of Tropical Agriculture (IITA) under the Building an Economically Sustainable, Integrated Cassava Seed System, Phase 2 (BASICS-II) and SANO Foods Limited is seeking to promote the cultivation of improved cassava varieties as well as the consumption of locally processed products in Nigeria.

Part of the deal is to create awareness on the newly released cassava varieties and at the same time draw consumers attention on the availability of locally made and nutritious foods designed to tackle malnutrition.

The partnership recently kicked off with a “Joint public exhibition of fortified foods and cassava varietal display” at IITA, Ibadan. On display were the newly released cassava varieties which included Game Changer, Obasanjo-2, Hope, Poundable and Baba-70. Others were: TME 419, Farmer’s Pride, Dixon, Ayaya, Sunshine and Fine face. All these varieties have yields above 20 tons per ha as opposed to local varieties that give less than 10 tons per ha. Processed foods that were displayed included fortified Orange Fleshed Sweet Potato (OFSP) garri, Orange Fleshed Sweet Potato (OFSP) bread, lemon grass tea, among others.

In his keynote address, IITA Deputy Director-General (Partnerships for Delivery), Dr. Kenton Dashiell, noted that breeders were making great progress in the development of crop varieties but needed inputs of other stakeholders like the government and processors, who would add value to the research products.

According to him, the final development needed partnerships and collaborations with the private sector to add value to these crops, emphasizing that “I believe that is what SANO is doing and I’m sure we’ll get to learn more from them”

The Director, Development and Delivery Office of IITA, Dr. Alfred Dixon, who, in his own address, described the SANO-BASICS-II partnership as a “win-win collaboration”, stressed that “private sector led cassava development in Nigeria was essential for the transformational change of cassava in the country.”

“Together we will create an economically sustainable cassava value chain where every actor will have a space and benefit from cassava,” he said. “We will raise awareness and trigger the adoption of these varieties by farmers.”

The renowned cassava breeder harped on the need to harness the potentials of cassava as a poverty fighter to create jobs, fight food insecurity and boost the nation’s economy.

In his own remarks, the Acting General Manager of Sano Foods, Mr. Solomon Ojeleye, pointed out that SANO’s vision was to provide foods that are healthy and rich in vitamins. He identified Turmeric garri and OFSP garri, as two products the company developed through research to add nutritional value to cassava.

His words: “We have over 39 products in the market and all of them are organic because we put the health of our consumers first. We use puree, flour and roots of yellow cassava, Orange Fleshed Sweet Potato, yellow maize and other crops for the production of several confectioneries which includes varieties of bread, cookies and cakes, and baby food.

According to Dr. Mercy Diebiru-Ojo, Vegetative Seed Production Expert at IITA GoSeeed, some of the new and improved varieties currently being promoted boast of high vitamin A content. They also have excellent garri and fufu qualities and superb dry matter content, properties that are important to food processors, flour mills, and industries. 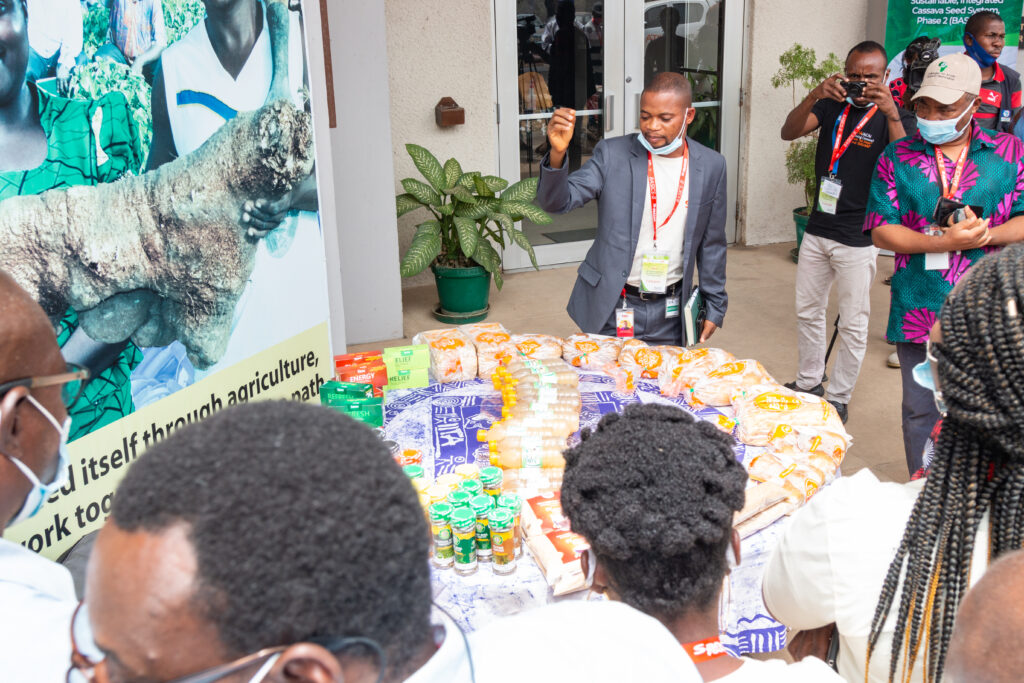