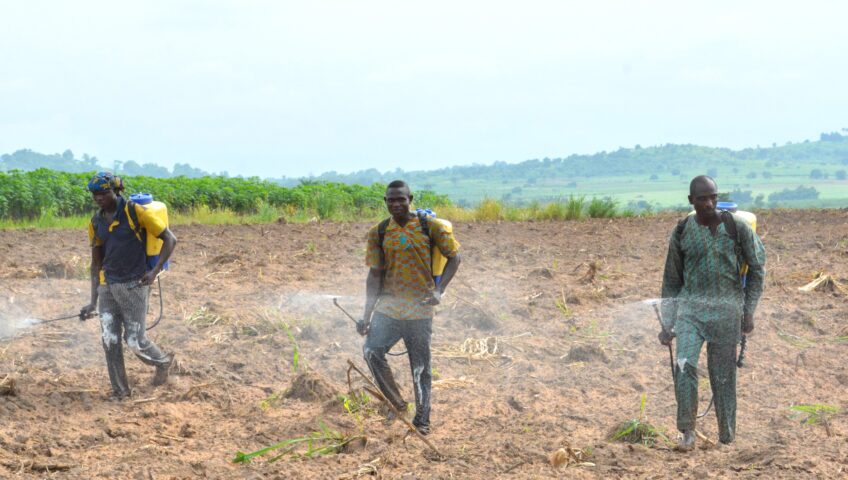 July 14, 2020 No Comments By Cassava Matters Our News Herbicides, Paraquat

Scientists form coalition for deregistration of paraquat in Nigeria

A group of eminent researchers and journalists have formed a coalition to sustain advocacy efforts against paraquat importation and use in Nigeria, as concerns mount on safety of the toxic herbicide in the country.

The coalition, known as Coalition Against Paraquat (CAP), comprises nine scientists and media practitioners with rich experience in advocacy and deep understanding of paraquat.

According to Prof. Johnson Ekpere, one of the members of the group, the main role is to act as a watchdog and sustain advocacy efforts while supporting the National Agency for Food and Drug Administration and Control (NAFDAC) to follow through with its paraquat deregistration plans.

Recently, NAFDAC released a gradual phase-out plan for paraquat. The Director, Veterinary Medicine and Allied Products of NAFDAC, Dr Bukar Usman, who announced the plan, disclosed that the agency had stopped new registration of paraquat and those already in the process could only get two years instead of the usual five years.

“By the end of December, NAFDAC will no longer process renewal of registration of the product, while total ban will be concluded by 2024,” he had said last year.

The group says it also plans to “contribute to awareness creation and advocacy; contribute to the development of target information kits and meet public and private sector influencers and opinion leaders to ensure that paraquat is finally off the shelf in Nigeria.”

Other members include: Prof. Udensi Udensi, a weed scientist and agronomist at the University of Port Harcourt, Rivers State; Ms. Grace Yusuf, Deputy Editor-In-Chief in charge of the Agriculture and Environment Desk of the News Agency of Nigeria (NAN); Prof. M.G.M. Kolo, President, Weed Science Society of Nigeria (WSSN) and Prof. Ademola Ladele, Professor of Agricultural Extension, University of Ibadan with experience in Advocacy and Policy, Extension Models and Group Dynamics.

Calls for the deregistration of paraquat heightened December last year when commissioners of agriculture, permanent secretaries of agriculture ministries and programme managers of Agricultural Development Programmes (ADPs) in the country gathered at a meeting held at the International Institute of Tropical Agriculture (IITA), Ibadan, and urged NAFDAC to put the product out of the Nigerian market, maintaining that concerns being raised about the product were too grave to be ignored.

Weed scientists, under the aegis of the Weed Science Society of Nigeria (WSSN), rising from their 47th Annual Conference, also added their voice to the calls, stressing that safer and more effective alternatives to paraquat were abound.