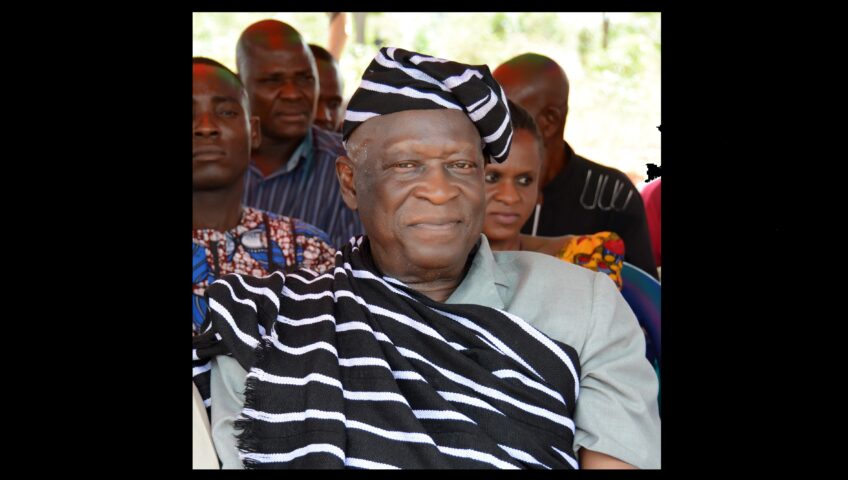 December 13, 2020 No Comments By Cassava Matters Our News, Press Releases

The Director of Development and Delivery Office of the International Institute of Tropical Agriculture (IITA), Dr. Alfred Dixon, has been named among the top 20 most influential plant breeders in Africa. He was named alongside two other IITA scientists – Abebe Menkir and John Derera.

Fondly referred to as “Dr. Cassava” by his peers, Dr Dixon, who manages and coordinates interdisciplinary research on cassava improvement in sub-Saharan Africa, is recognized for developing over 400 improved cassava varieties for a range of agroecologies and cropping systems on the African continent.

Few months ago, the Nigerian government approved the renaming of one of the six top performing cassava varieties in the country, after him. The variety, which is now known as Dixon, was formally identified as TMS-980581.

Currently serving as the Technical Adviser to an IITA cassava seed system project known as Building an Economically Sustainable, Integrated Cassava Seed System, Phase 2 (BASICS-II), Dixon, who has authored and co-authored over 350 scientific publications, was the Project Leader of the IITA Integrated Cassava Project that supported Presidential Initiatives on Cassava Transformation in Africa. Recently, he also led the Cassava Weed Management Project which developed the Six Steps to Cassava Weed Management toolkit that is currently helping cassava farmers in Nigeria, Tanzania and several other African countries. The toolkit has been integrated into AKILIMO and is currently being disseminated under the IITA African Cassava Agronomy Initiative (ACAI). AKILIMO is an all-in-one agronomic recommendation package for cassava farming system.

Apart from building and maintaining links and partnerships between research projects and national root crops programs in Africa, Dr Dixon facilitates linkages with government leaders, policy makers and other institutions working on cassava in and outside Africa, towards improving the productivity of cassava on the continent.

READ: Dr Dixon proffers tips on how to achieve sustainability and scaling of agricultural innovations

In recognition of his meritorious contribution to agriculture in Nigeria, Dr. Dixon was conferred with the traditional title: Balogun Agbe, by the Olukoyi of Ikoyiland, Ikoyi, Osun State in 2004. The CGIAR System also recognized him as “a great example of CGIAR scientists at work”, an award conferred on him in 2005.

Dr Dixon’s career with IITA started in 1989 as a Postdoctoral Research Associate from where he rose through several ranks to the position of Scientist in Cassava Breeding/Genetics, serving in several managerial positions up till 2008 when he left the research institute to serve as the Pioneer Director General of the Sierra Leone Agricultural Research Institute (SLARI), Sierra Leone. After five years at the helm of affairs at SLARI, the Sierra Leonean returned to IITA to head IITA’s Partnership Coordination Office.

The breeding guru holds a PhD in Agronomy (1988), and MSc in Genetics (1985) from Kansas State University, Manhattan, Kansas, USA, and a BSc in Agriculture (1981) from the University of Sierra Leone.

His previous work experiences before joining IITA include: Research and Teaching Assistant at the Crop Science Department, Njala University College, University of Sierra Leone (1981―1982); Graduate Research Assistant (1985―1988), and a Postdoctoral Research Associate (1988―1989) with the Sorghum Breeding Project of the Department of Agronomy, Kansas State University in Manhattan, Kansas, USA.