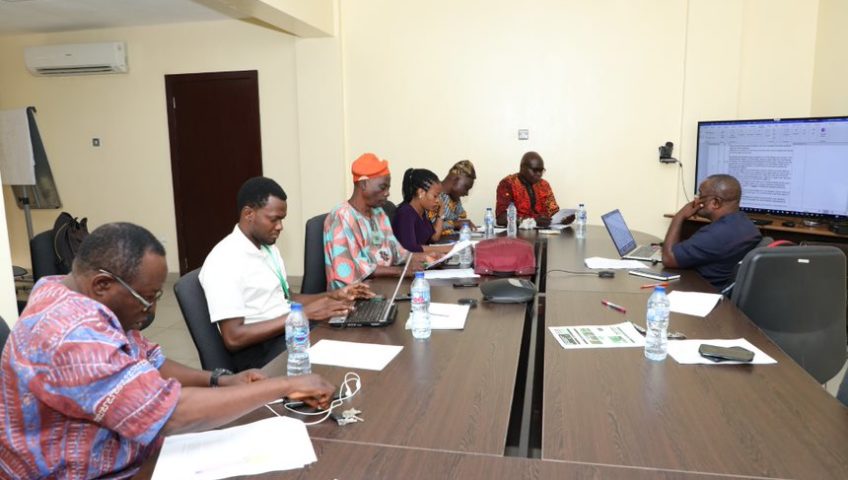 As part of measures to ensure that the Decision Support Tools (DSTs) developed by the African Cassava Agronomy Initiative (ACAI) are available to farmers in several Nigerian languages, language experts, researchers, academics, extension agents, broadcasters, and farmers have validated the translations from English to Yoruba, Igbo and Pidgin English.

The translations of the DSTs would make agronomic recommendations that would help farmers to increase their cassava yield and make wise investments decisions available in major languages spoken in states where cassava is majorly cultivated in Nigeria.

According to Godwin Atser, Digital Extension and Advisory Services Specialist with the International Institute of Tropical Agriculture (IITA), the validation is important to ensure that the translations perfectly and correctly convey the messages in the English version. Scientists, agricultural communication specialists, extension agents and ACAI researchers, had already validated the English version.

The validation comes a month after the meeting of ACAI researchers and dissemination partners where participants stressed the need for the continuous translation of the DSTs into local languages to tackle language barrier.

The validation team was split into three groups according to their vastness and expertise in the languages.

The three groups worked on the IITA campus in Ibadan for two days from November 13 to 14, 2019. The product of their work would now become the official content for dissemination in the three languages concerned.

Prof.  Ekeleme, commended the experts for their contribution to the translation of the DSTs, adding that it would speed up the adoption of the DSTs and cassava transformation in Nigeria.