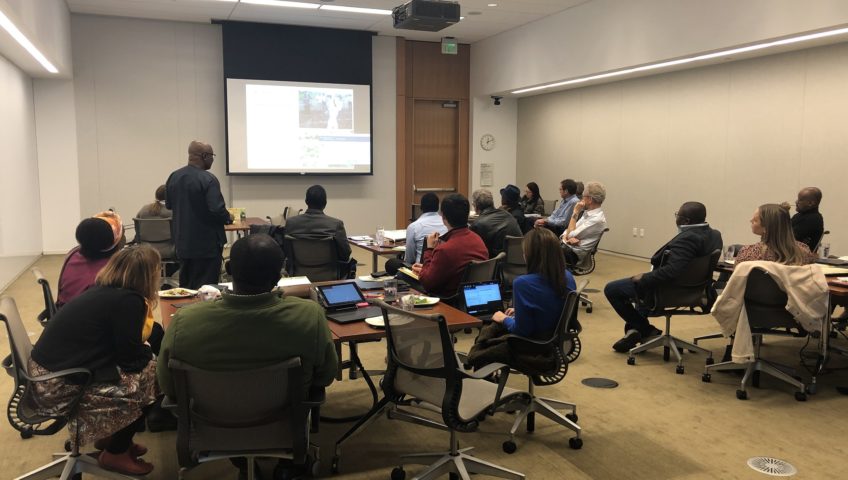 November 15, 2019 No Comments By Cassava Matters Our News CassavaMatters, CWMP

The events of last week (4 – 8 November) when members of the Cassava Weed Management Project (CWMP) visited the Bill & Melinda Gates Foundation in the United States of America may have come and gone but the memories still linger.

At the invitation of Lawrence Kent, Senior Program Officer with the Gates Foundation, members of the CWMP were requested to come to Seattle with a presentation of the 5-year project, which began in 2014 and ended in 2018. The meeting also provided an opportunity for the team to share learning from the project.

In Seattle, members of the team (Dr Alfred Dixon, Prof. Friday Ekeleme and Godwin Atser) made a presentation to senior executives of the foundation in a well-publicized and well- attended conference.

The CWMP team’s message was simple: First, we have developed a package/ toolkit known as the Six Steps to Cassava Weed Management & Best Planting Practices that is helping farmers to double the yield of cassava per ha. The increase in productivity means more money for farmers, improved food security, more raw materials for the cassava industrial sector, less drudgery for women and children who weed cassava and ultimately better livelihoods.

Third, we have integrated into the African Cassava Agronomy Initiative as one project, offering the team a greater platform for scaling.

After their presentations, the team, led by Dr Alfred Dixon, was congratulated for a job well done.

Bravo to CWMP! Bravo to IITA!