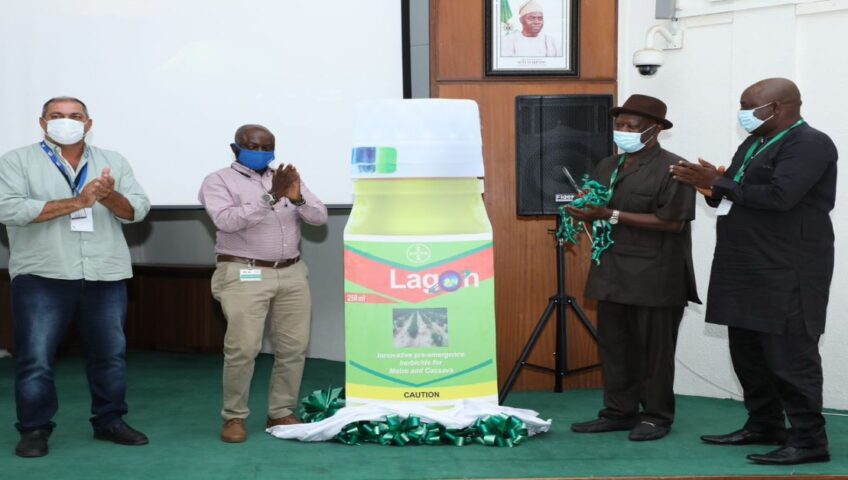 Bayer has developed and launched a new crop protection product known as Lagon to help farmers tackle the problem of weeds in cassava and raise yield.

Tested on more than 200 trials and demos across Nigeria and Tanzania, Lagon was rated among the top best preemergence herbicides for control of both grasses and broad-leaf weeds in cassava.

“The launch of Lagon today aims to provide a big relief to farmers,” says Temitope Banjo, the Country Sales Manager of Bayer in Nigeria.

“These are exciting times for cassava farmers… Farmers need not to worry about weeds anymore,” he added.

Weeds have remained a major challenger to increased cassava productivity in Nigeria and Africa in general, with women spending about 500 hours annually to keep a hectare of cassava weed-free using hoes. The manual method of weed control compromises the health of resource-constrained farmers and in some cases, children are pulled out of school to support weeding.

When left uncontrolled, weeds compete for water, nutrients and space with cassava and depress yield by 40-90%.

To tackle the menace of weeds, the International Institute of Tropical Agriculture (IITA) managed the Cassava Weed Management Project, and in the last eight years, screened more than 40 preemergence herbicides both on-station and on-farm. The trials and subsequently demonstrations were conducted in Abia, Benue, Ogun and Oyo states in Nigeria, and in Tanzania.

Across the four states, which represent the key agroecological zones that predominantly grow cassava in Nigeria, yield of cassava from Lagon treated fields were more than double the national average and were above 20 tons per hectare. Furthermore, cassava plants treated with Lagon were more vigorous compared to those on fields where the product was not used.

Farmers who use Lagon commended the preemergence herbicides for its efficacy.

According to Mrs. Ngufan Chichi, the use of Lagon on farmers’ fields was doing ‘wonders’ and helping farmers to increase their yields and profits.

Mrs. Chichi who is a cassava commercial seed producer said the use of Lagon has helped her group to increase the size of their cassava farm in Benue.

“This is possible because we now manage weeds in cassava better,” she said, adding that with Lagon farmers were saving more on the cost of weeding.

Mrs Chichi called on the government to support the dissemination of Lagon so that more farmers could have access to the product and make more returns from growing cassava. 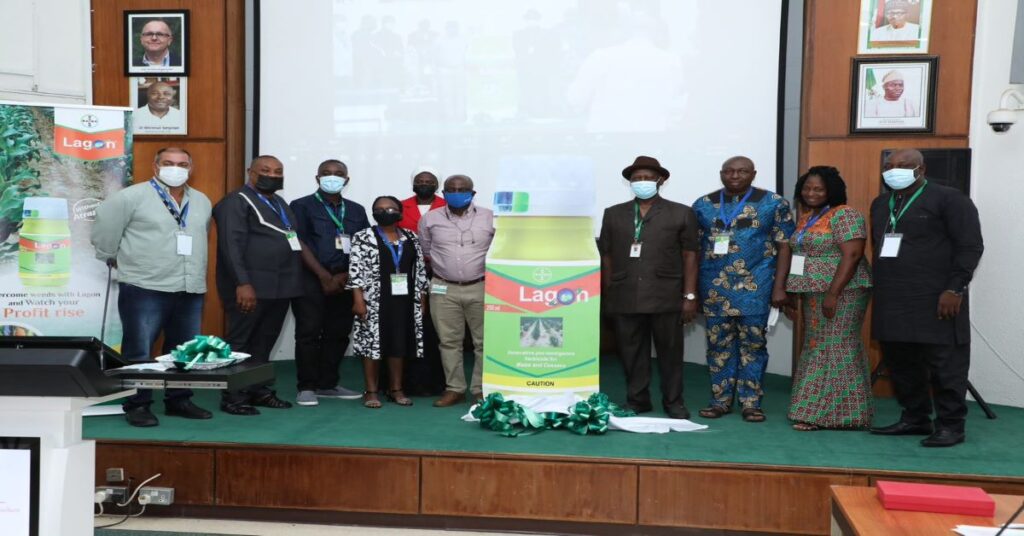