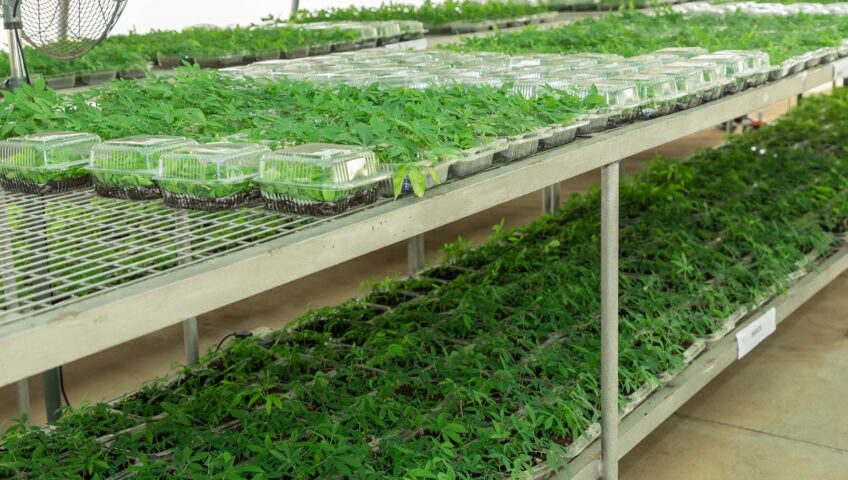 October 30, 2022 No Comments By Cassava Matters Our News

AGRA to complement BASICS-II initiatives in the cassava seed system

The Alliance for a Green Revolution in Africa (AGRA) will continue to support and complement the efforts of the Building an Economically Sustainable Cassava Seed System, Phase 2 (BASICS-II) to develop Africa’s cassava seed system, the organization’s Deputy Vice President, Dr George Bigirwa, has said.

Recognizing that cassava is strategic in ensuring food security and improving farmers’ incomes, Dr. Bigirwa noted that AGRA had supported the development and release of new cassava varieties that are resistant to two major diseases—cassava mosaic disease, and cassava brown streak disease—, in Tanzania, Uganda, Ghana, Malawi, Mozambique, and Nigeria.

“Through that work, over 10 cassava breeders were trained, and close to 27 varieties were released, including the multiplication of planting materials and training.

“I am glad the achievements of AGRA, and the current exploits being made by BASICS-II are creating improvements in yield and sustainable enterprises along the cassava value chain… The cassava inspection protocols have also ensured sustainable and quality production,” he explained.

The AGRA Vice President added that with his organization’s new seed initiative— Center of Excellence for Seed System in Africa (CESSA)—, “AGRA looks forward to working with BASICS-II and other partners to develop the different components of the cassava seed value chain from awareness to Early Generation Seed (EGS) production, quality assurance and advocacy for the right policies from governments.”

Prof. Lateef Sanni, Project Leader of BASICS-II described AGRA’s CESSA as an initiative that would support the development of the seed sector, adding that BASICS-II was open for collaboration.

He urged seed actors to join forces and collaboratively work together to transform the seed system, adding that an improved formal seed system was a prerequisite for agricultural transformation.

Inaugurated two and half years ago, the BASICS-II project offers an economically sustainable model to establish a formal seed system in cassava that makes improved seeds available, accessible and affordable to farmers in a manner that creates wealth for seed actors along the value chain.