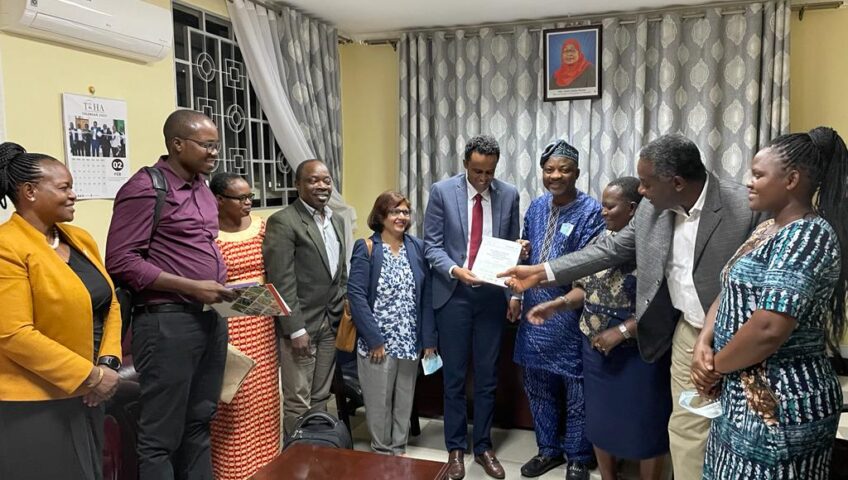 In a meeting with researchers from IITA—including those working under the Building an Economically Sustainable Integrated Cassava Seed System, Phase 2, (BASICS-II), Honorable  Bashe acknowledged that agriculture was crucial to economic prosperity of the country but observed that the potential is yet to be unleashed.

“Take cassava for instance, during Ramadan, my meal is incomplete if there is no cassava. The crop is still a food security crop… My question is: how can we turn this crop into a cash crop?” he asked.

Data from the Food and Agriculture Organisation (FAO) show that the average yield per ha of cassava is still below 10 tons per hectare, making it difficult for countries such as Tanzania to compete globally in exports.

The Chinese authorities have offered to buy Tanzanian cassava chips, but farmers are yet to take advantage of such offers as yield remain low.

Like cassava, soybean is another crop that is yet to be tapped owing to a lack of improved and industry preferred varieties.

Honorable Bashe said, “I just signed a contract for the importation of soybean because industries can’t get soybean seeds with desired traits,” adding that banana in the Western part of the country was also threatened by a new disease known as Banana Bunchy Top Virus (BBTV) according to the scientists

“Tanzania is strategic for us, and we are ready to work with you,” Dr Tripathi assured the minister, adding that a lot of technologies were available in IITA to advance the transformation of banana/plantain, soybean, and cassava.

On cassava, Prof Lateef Sanni, Project Manager of BASICS-II harped on the need for Tanzania to learn from Nigeria especially the Presidential Initiative on Cassava (1999-2007) that drove cassava by linking productivity to markets.

“Understanding the market demand for cassava and cassava products and responding to market demands will help in creating a sustainable cassava transformation,” Prof Sanni said.

Apart from the local market, Prof Sanni identified the starch and High-Quality Cassava Flour as areas that Tanzania could tap for economic growth.

Dr Godwin Atser, BASICS-II Advocacy, Promotion & Outreach Lead at IITA, said there was the need for Tanzania to invest in the cassava seed system to boost the yield per ha of cassava and make growers in the country globally competitive.

He said the BASICS model had become a tool helping countries to transform their seed system and urged the country to adopt it for food security and economic development.

On the request for support on soybean, Dr Frederick Baijukya said there were breeding efforts by IITA to offer farmers soybean varieties that are in demand by processors and consumers. 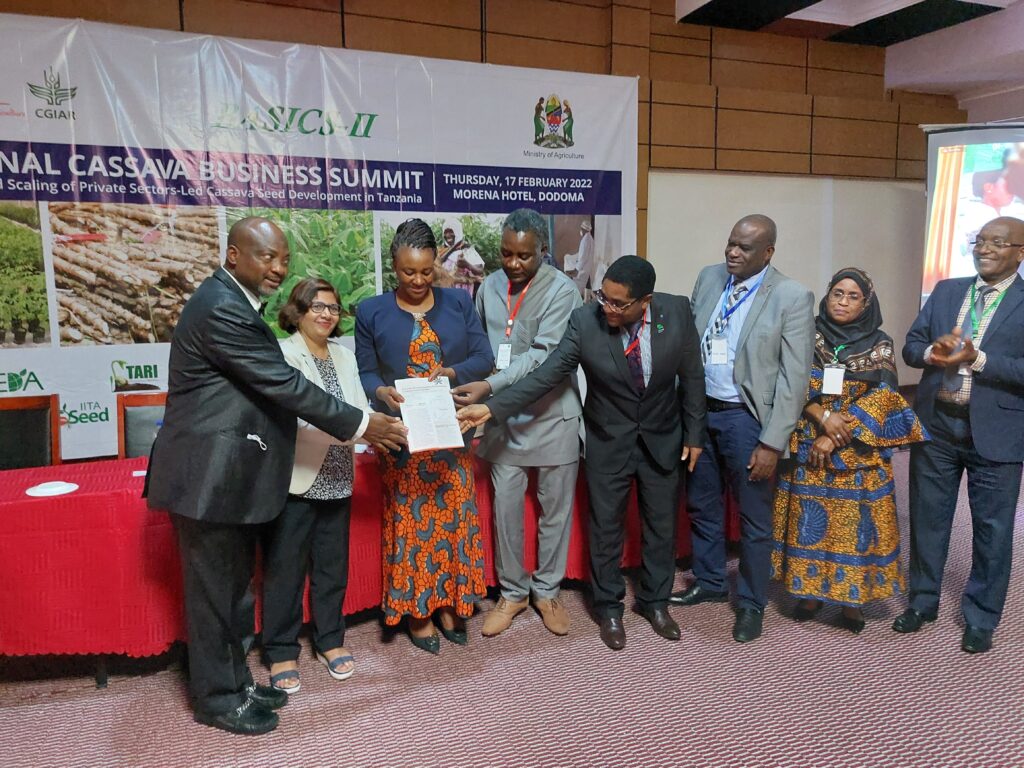 The high point of the meeting was the agreement in principle between both parties to do a market analysis for cassava and soybean. The market analysis will among other things determine the demand and the preferred varieties by processors and end-users. Furthermore, IITA and Tanzania will work on ways to halt the spread of banana disease in the country. The issue of youth employment through agricultural businesses is very important and so this also will be followed up with IITA for scaling the existing model of youth agripreneurship.

Dr Regina Kapinga, IITA Head of Advocacy & Resource Mobilization, commended the minister for the time given the team and promised that the Institute in collaboration with other partners would continue to collaborate with the government to address the priorities set in the national agricultural agenda.