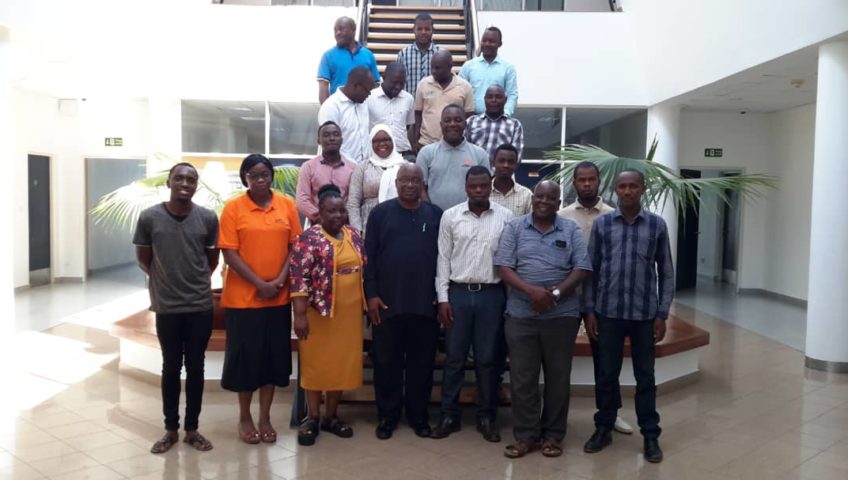 Decision Support Tools: Tanzania partners give kudos to ACAI for training on DSTs

National Agricultural Research and Extension partners in Tanzania have applauded the training on Six Steps to Cassava Weed Management/ Best Planting Practices, saying they were now better equipped to take the agronomy of cassava to scale.

The Six Steps to Weed Cassava Management and Best Planting Practices is one of the Decision Support Tools developed by the African Cassava Agronomy Initiative (ACAI), that when applied help farmers to double their yields from the current national average of 10 tonnes per hectare.

The ToT, which was conducted 11-12 September 2019 by IITA researchers (Prof. Friday Ekeleme, Weed Scientist and Godwin Atser, Digital Extension & Advisory Services Specialist) working under the ACAI was part of efforts to enhance the capacities of partners in Tanzania on good agricultural practices in cassava farming systems.

Topics covered included identification of weeds, types of herbicides, basic agronomy of cassava, calibration using the IITA mobile app, and safe use of herbicides and application. There was also a session on effective facilitation of trainings using the Technology of Participation.

Mrs. Rhoda Mahava from Tanzania Food and Nutrition Centre while giving her verdict of the training remarked that the training was a ‘must have’ activity for everyone desirous to see a change in cassava farming system.

“The training supersedes my expectations. It demystifies cassava agronomy. I am happy to have been given this opportunity,” she added.

Mrs. Mahava works with dozens of extension agents across Tanzania and she plans to pass on the knowledge to them ahead of the planting season so they can help farmers to improve their cassava productivity.

Cassava is one of the major staples in Tanzania and is fast becoming an industrial crop providing cash for farmers. However, like most African countries, cassava growers face the challenge of poor yields due to poor knowledge of the agronomy of the crop. The ACAI project is addressing this challenge by offering farmers decision support tools to help take agronomy to scale.